Everybody’s Theater Company has begun our first season as a nonprofit organization! We’re excited for this new venture and the opportunities it will bring.

Summer 2021 Production of Children of Eden

Thank you to everyone who came out and supported Everybody’s Theater Company at our first in-person performances of 2021! We were so excited to perform in front of a live audience, outside on the front lawn of the new Upper Dublin Library. Congratulations to the entire cast, crew, and production team of Children of Eden for a job well done! 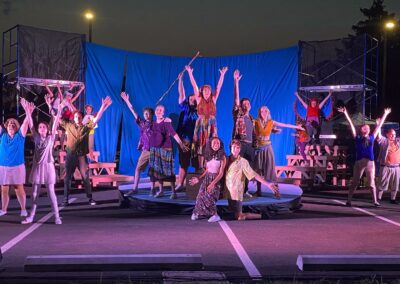 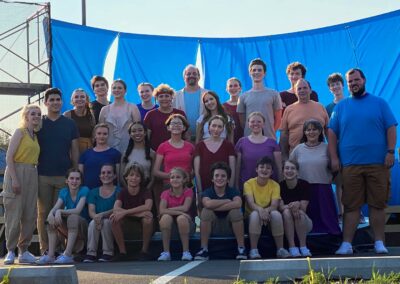 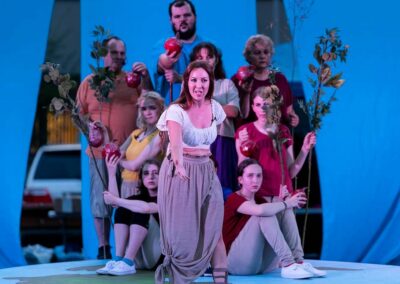 Two sisters, their mother, and their aunt, are brought together by the death of their father. In the midst of their grief and practical needs to move on, a family secret is revealed that changes how they define themselves. Funerals often bring out both the best and worst in people, both in what is said and what is not – this story is no exception. The Charles Dickens holiday classic comes to life as a 1940s radio broadcast, with the magic of live sound effects and musical underscoring. A handful of actors bring dozens of characters to the stage, as the familiar story unfolds: Three ghosts take Ebenezer Scrooge on a thrilling journey to teach him the true meaning of Christmas. A charming take on a family favorite that will leave no one saying “Bah Humbug!” Audiences of all ages will enjoy our abridged and slightly adapted version of Shakespeare’s comedy, A Midsummer Night’s Dream. When a 600-year-old animal lover wants to adopt dozens of pets, an inspector from animal welfare comes to perform a “home check.”

View About That Ark online here.

Drop Us a Line

If you have questions about who we are, what we do, and how you can participate, we’d love to hear from you!